Armed police were brought in on Tuesday, July 7, 2020, to restore order after students of the KNUST Senior High School went on a demonstration over the death of one of their colleagues on campus.

They accuse school authorities of leaving the boy, who complained of stomach upset. unattended to for almost three hours in the care of his colleagues due to the fear of Covid-19.

Videos captured by some students of the KNUST SHS show the deceased groaning in pain supported by some of his colleagues on campus.

According to Luv FM’s Erastus Asare Donkor My News Ghana sighted, the student died later at a health facility.

News of the death of the Business student sent the students on a rampage amid pelting of stones and breaking the windscreen of a saloon car which, the headmistress drove to the school.

“We were demonstrating because yesterday one of our mates was sick and he was left to his fate to survive on his own because of the fear of coronavirus. Nobody attended to him.

“He was ill, he wasn’t showing any signs since morning but later in the afternoon around 3 o’clock he started vomiting because he had some stomach ache,” one student recounted.

“Then we rushed him to the classroom blocks but it seems the teachers were only waiting for his parents to come so that they could take him to the hospital. He was there for close to three hours before his dad came to pick him up.”

According to the students, had the school’s authorities acted fast, the boy’s life would have been saved. 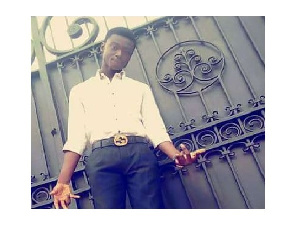