Home Entertainment Diehard Fan Of Fella Makafui Tattoos Her Face On The Back But...

A staunch fan and supporter of actress and entrepreneur Fella Makafui, has caused a stir on social media with a tattoo of the actress on the back but it appears to look like another actress.

The photo which was sighted by Zionfelix.net had the tattoo of Fella at the back and it was made into a grid with a photograph of Fella Makafui.

Looking critically at the tattoo, one can say it looked more like fellow actress Lydia Forson than the replica of Fella that the fan intended to create.

The tattoo appeared to have been culled from one of Fella Makafui’s wedding photos which went viral on social media in March 2020. 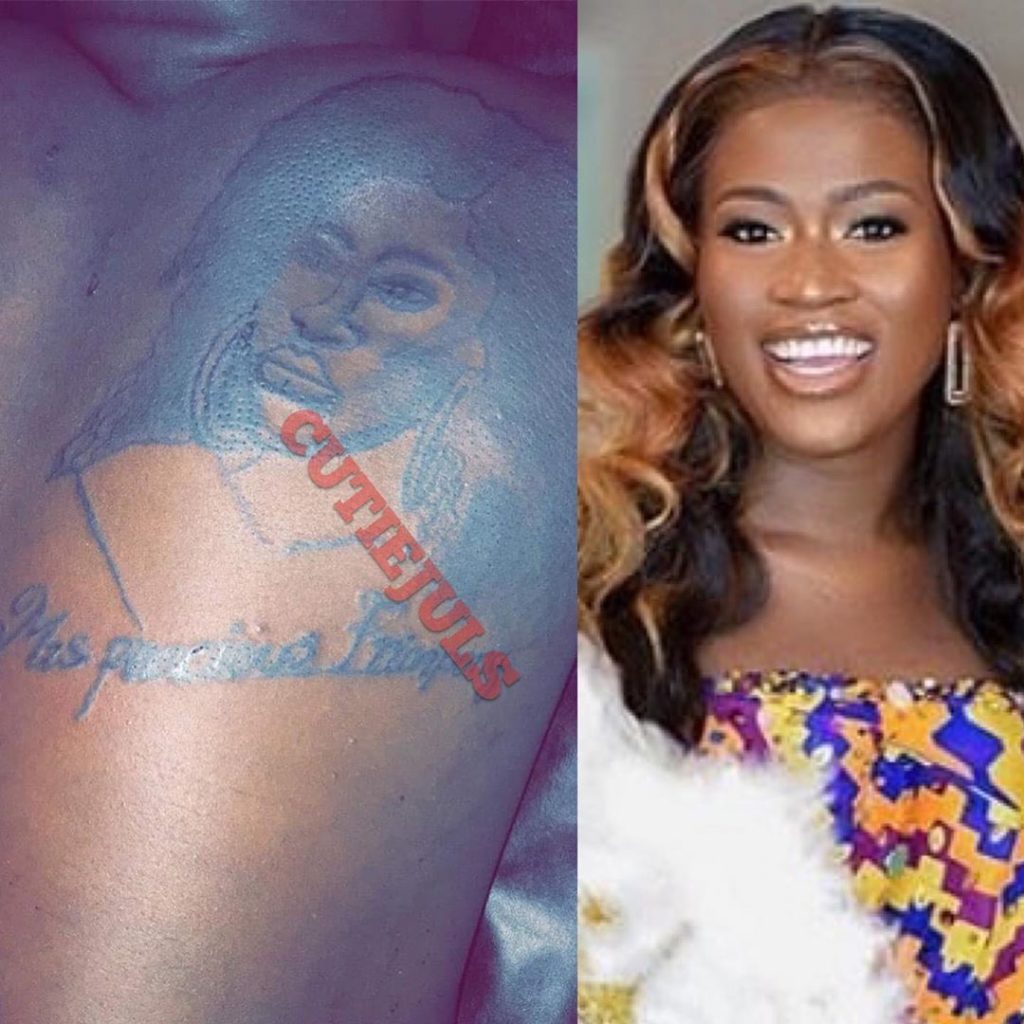 After replicating the photo on the back, the fan also tattooed the actress name, “Mrs Precious Frimpong”, underneath the facial impression.

The photo of the tattoo has since gone viral with many fans agreeing to the fact that indeed, it looked the more like Perfect Picture star, Lydia Forson.

One fan who found the tattoo rather hilarious commented: “I swear down, it looks as if the face have wings self”.

Fella Makafui has been in the news recently following reports that she is currently pregnant but keeping it away from the public.