DSTV has announced July 19 as the official premiere date for the season five of the much anticipated Big Brother Niger season 5 .

This was announced on the official twitter handle of the reality TV show. The tweet reads; “The most anticipated season is here!!! 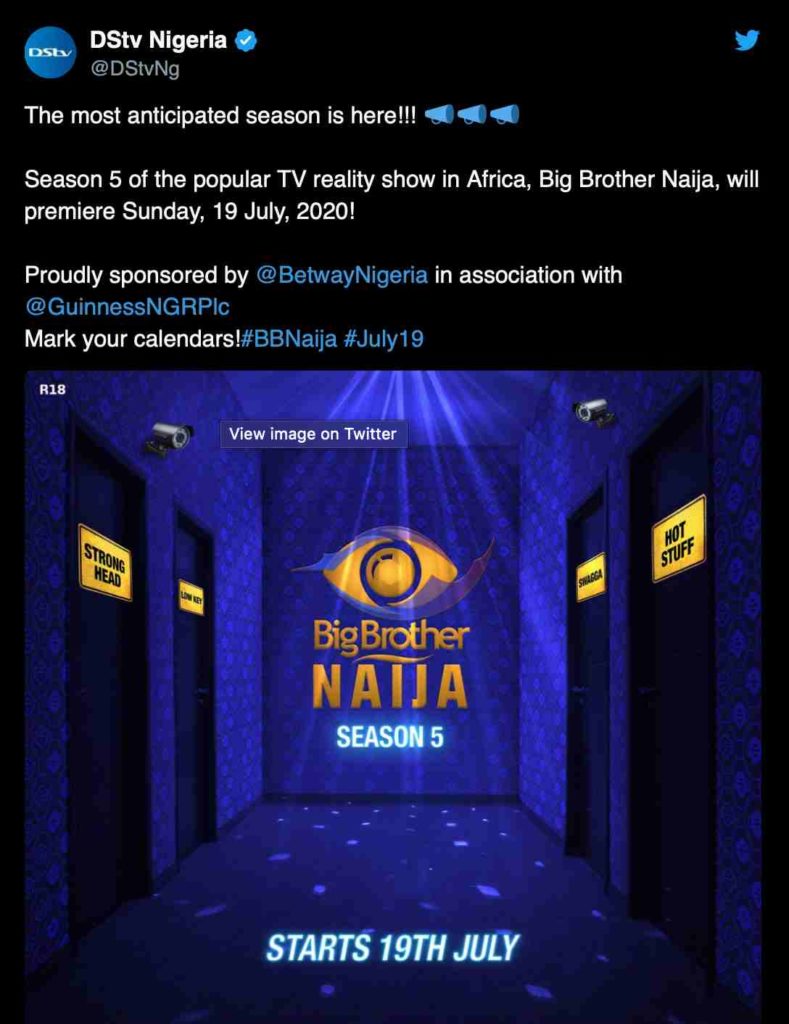 Earlier in May, the management of the reality show announced the opening for video submissions for the upcoming season 5 of the show.

Why I forgave Ned Nwoko for marrying my daughter – Regina...

“Dating a fraud boy is the most dangerous thing any girl...

Why I forgave Ned Nwoko for marrying my daughter – Regina...