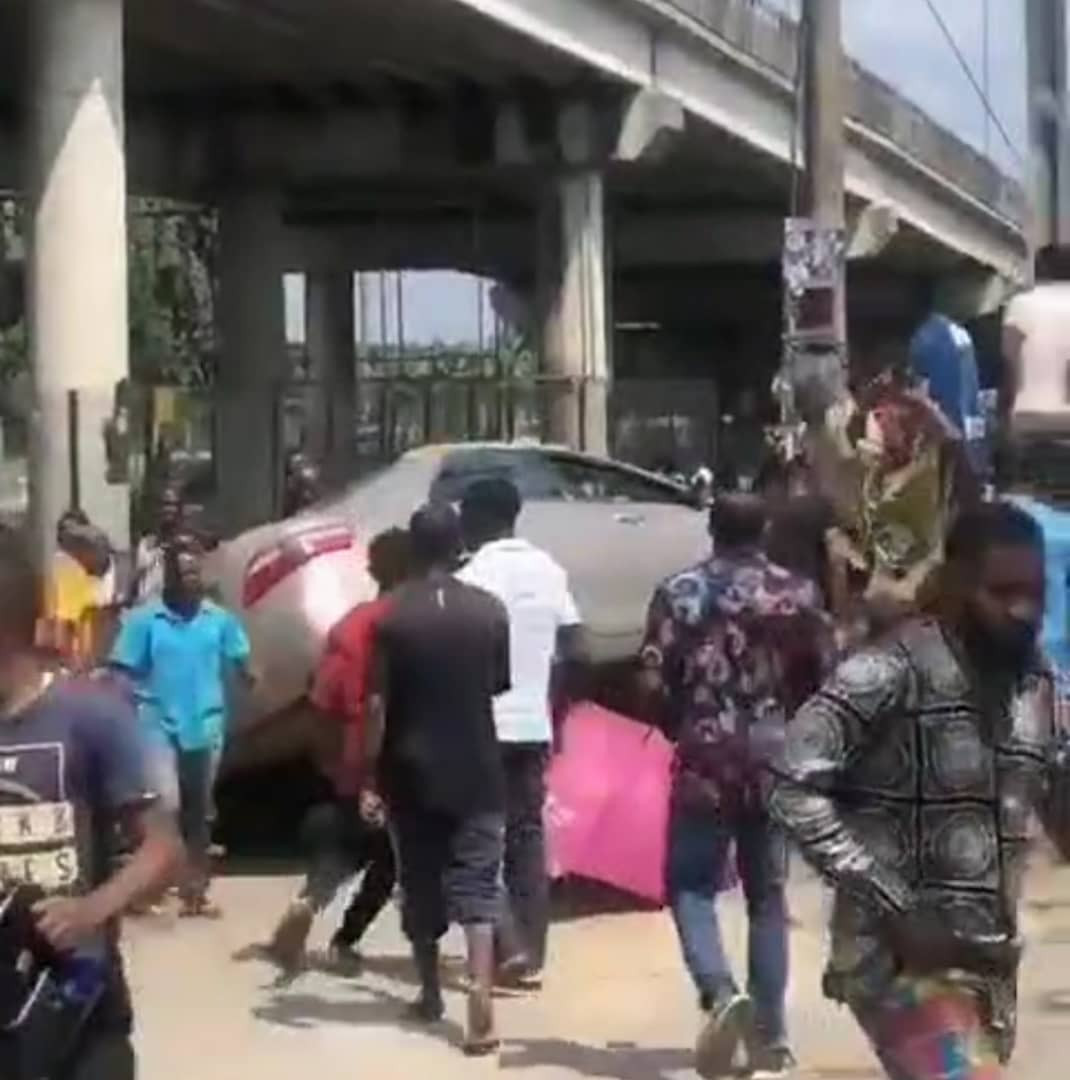 According to reports, the attack started when the task force vehicle allegedly caused an accident that claimed the life of a man in Port Harcourt, the state capital today. The youths threw stones and other items on the vehicle, destroying it, though the task force officials escaped unhurt.

In an apparent reaction to the unfortunate incident, the state governor, Nyesom Wike, has ordered the dissolution of the taskforce.

”The Rivers State Taskforce on Illegal Street Trading and Motor Parks has been dissolved with immediate effect. Consequently, the Special Assistant to the Governor in charge of the Task Force, Mr. Bright Amaewhule has been relieved of his appointment.” a statement released on the governor’s twitter handle reads

Watch the video showing the youths attacking the vehicle below..

Angry youths in Rivers state destroy vehicle belonging to the state task force on illegal street trading and motor parks after its members reportedly caused an accident that resulted in the death of a man in Port Harcourt, the state capital today, August 11.

BJ: African Pastor Teaching His Chruch Member How To Properly Give...